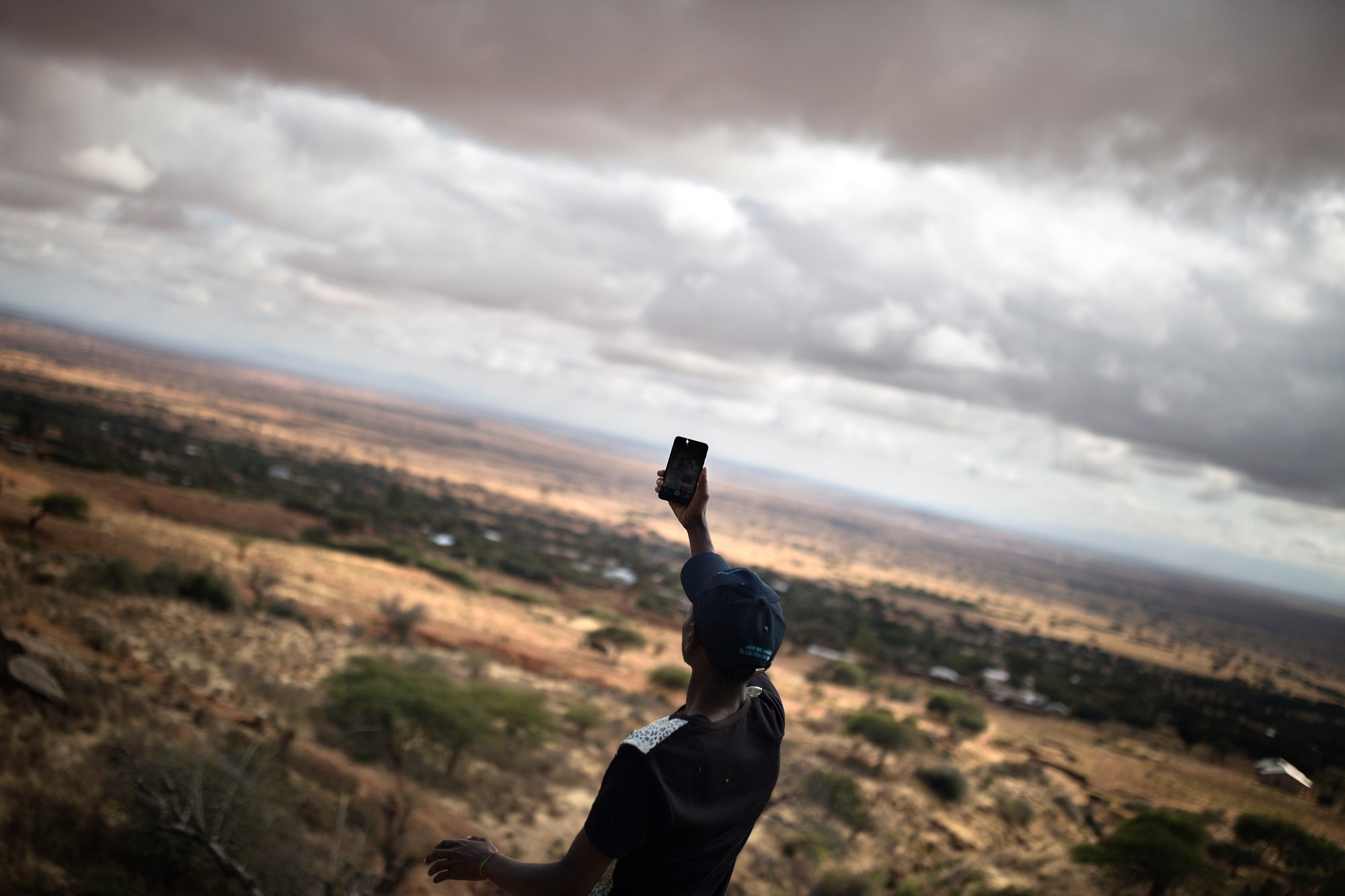 The village of Sagara B sits along a red dirt road in the baobab-dotted Dodoma region of central Tanzania, where half-desert savanna meets the Rubeho mountains. It’s home to less than 5,000 people and is so remote no one ever bothered to set up an internet connection. Until four years ago.

Over a week, engineers from Copenhagen-based company Bluetown erected an 80-foot Wi-Fi tower topped with shiny solar panels and a microwave link antenna. It connected to a fiber backhaul 15 miles away, creating a half-mile-wide hot spot with download speeds up to 10 Mbps—fast enough for Netflix. Villagers rented smartphones from the company and paid 50 cents per gigabyte for the data they used, just over 1 percent of the average monthly income. And just like that, life began to change.

“You can see that something happened with the internet,” says Danish photojournalist Lars Just. “The world sort of opened up.”

As of 2018, more than half of the world’s 7.7 billion people had access to the internet. Africa has seen huge growth, with the percentage of residents online increasing from 2.1 in 2005 to 24.4 last year. In an attempt to connect the rest—not just to the web, but to its proven socio-economic benefits—the African Union and World Bank recently launched Moonshot Africa, an initiative to double broadband access on the continent by 2021, and make it universal by 2030.

The challenges are as big as the continent itself. Those offline often can scarcely afford food, much less expensive data packages. They tend to live in rural areas without existing fiber-optic lines, cell towers, or routers. Telecoms don’t invest because of the high capital expenditure and low potential revenue. Governments sometimes lack the resources to bridge the gap and are slow to enact policies fostering growth.

“In many places, it takes public and private resources to improve connectivity,” says Darrell West, director of the Center for Technology Innovation at the Brookings Institution. “Areas that are extremely poor or lack sufficient population density likely will need government resources or incentives to get wired.”