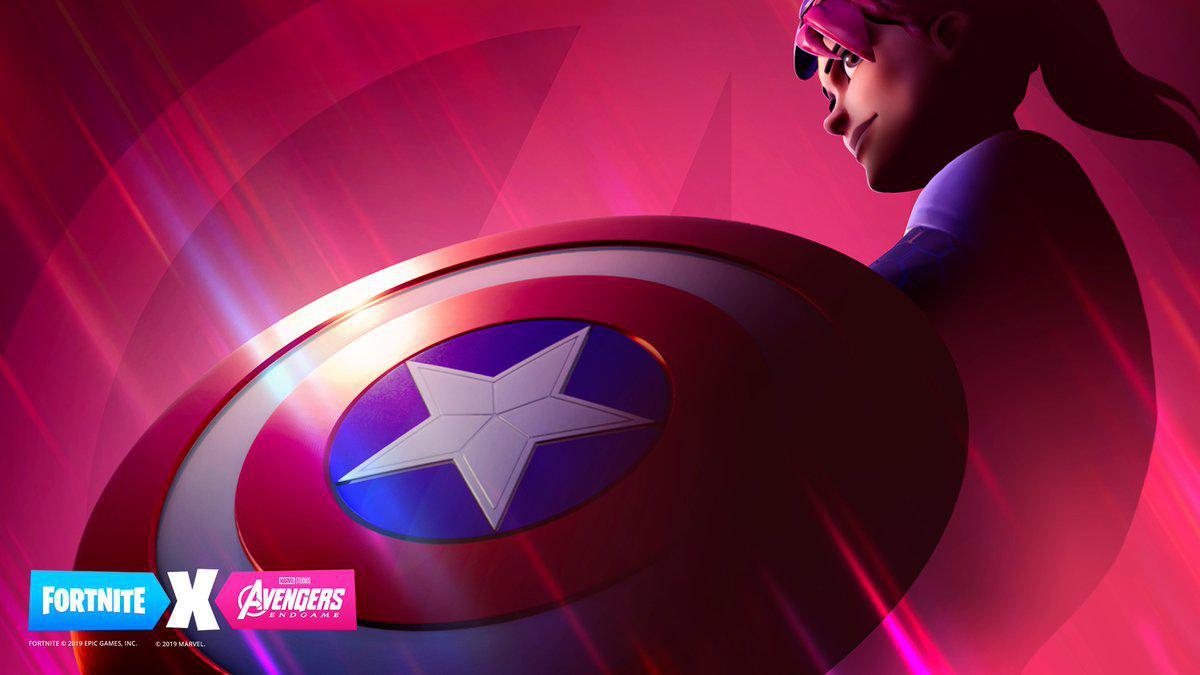 Epic Games has announced the Fortnite Avengers event to tie in with the Avengers: Engame movie that’s out this week. The Fortnite Avengers event release date is April 25 according to a tweet from the company and it could feature players using Captain America’s shield. The last event featuring an Avengers tie-in had players donning Thanos’ gauntlet. Barring a teaser image that shows off a Fortnite character using Captain America’s shield, there’s little else that’s known at the moment.

This followed a few leaks pointing at the possibility of an Avengers Fortnite event.

According to files datamined from the Fortnite update 8.30, references to Thanos have been found. To be precise, new kill and death feed messages clearly mention Thanos. This could result in either a new game mode for Fortnite in time for Avengers: Endgame or simply a return of the Mad Titan just like how he appeared the first time around in time for Avengers: Infinity War.

Last year, Thanos’ Infinity Gauntlet would spawn on the Fortnite map. Whoever would pick it up would turn into Thanos. It was ridiculously powerful and had to be nerfed twice. Hopefully, this time around there would be skins for members of the Avengers as well. This was missing during last year’s Fortnite Avenger’s event.

At the time, Epic Games Community Manager Nathan Mooney took to Reddit to state that Epic Games has “no plans for Avengers outfits in the store.” Tragic given that it would make the entire event feel like a holistic collaboration instead of just a game mode added in. That said, Mooney did not rule out the possibility of Avengers skins showing up in the future. Perhaps the time right to make this happen due to Avengers: Endgame’s impending release?

Fortnite now has nearly 250 million registered players, Epic Games announced at GDC 2019. At its peak, the game also hit 10.8 million concurrent players, the company revealed. These numbers are massive to say the least, especially if you consider the fact that Fortnite launched only around 18 months ago. Fortnite’s player base has been growing rapidly ever since.

Fortnite’s 10.8 million concurrent player figure, just above the 10.7 million mark it hit in February, is also a noteworthy achievement. Just to put it in context, India’s Hotstar had hit 11.7 million concurrents on the IPL 2018 final live stream. Fortnite’s concurrent player statistics are right up there with global sports live streaming records, one of the reasons why Netflix sees Fortnite as a biger rival than HBO.