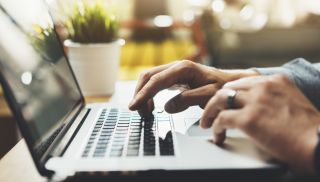 Microsoft has put its foot in it (yet) again with a Windows 10 update, although this time the update wasn’t bugged – rather it was delivered to the wrong machines.

The update in question is KB4523786 which was pushed out alongside an optional cumulative update for Windows 10 May 2019 Update, and implements “quality improvements to Windows Autopilot configured devices”.

Except in this case, the KB4523786 update was pushed to Windows 10 Home PCs, and indeed Windows 10 Pro machines which aren’t registered for Autopilot deployment.

So as Windows Latest observes, if you do happen to see the ‘Cumulative update for Autopilot in Windows 10 version 1903: October 22, 2019’ displayed under Windows Update on your Windows 10 Home or Pro machine, don’t install it.

However, Microsoft has now pulled the update, so you shouldn’t see it any longer anyway.

So even if you had previously installed this update, the good news is that it won’t actually do anything bad to your PC (except take up a little bit of drive space, and add a little extra clutter to the system, of course).

A good number of folks have uninstalled it, though, going by reports across the net, and haven’t encountered any issues in doing so. That said, we haven’t tried this, and you’re obviously removing it at your own risk!

It’s quite possible that Microsoft will push out a further update to tidy up and remove the mistakenly issued KB4523786 itself, in the near future, for those who may not have even realized they’ve installed an unnecessary update.