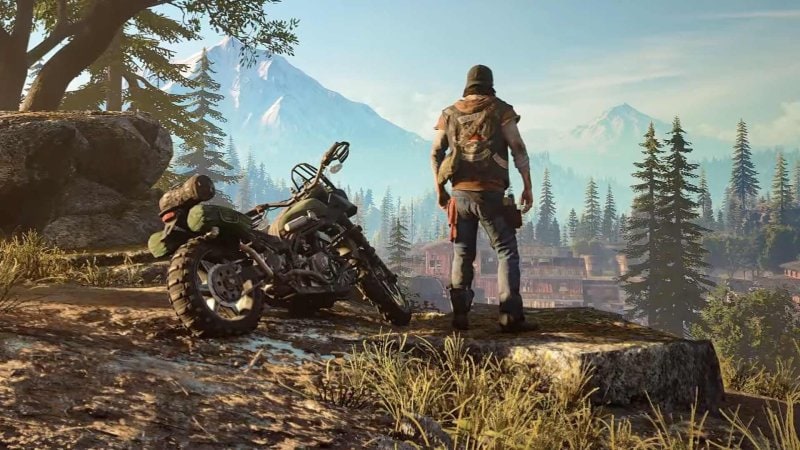 PS4-exclusive Days Gone has a massive day one update. According to reports from those with access to the game, the Days Gone day one update download size is 17GB.  Interestingly, it appears that patch notes suggest improvements are limited to bug fixes and localisation updates. Some are claiming that the Days Gone day one update download size is around 21.420GB, possibly due to languages or other regional additions. While Gadgets 360 is in possession of a review copy of the game, we haven’t been able to update it ourselves just yet. The post-apocalyptic open-world game is Sony’s next big exclusive following the superlative Spider-Man PS4 and is being helmed by Uncharted: Golden Abyss hitmaker Sony Bend Studio.

Nonetheless, this 17GB update may be the day one patch that was outed last week. Days Gone download size is 67GB and there’s a day one patch as well according to a report from German site Playfront. While the size of its day one patch was unknown at the time, it claimed that it consists of tweaks and bug fixes.

Days Gone has you in the role of Deacon St. John, a biker thrown into a world rife with the undead and violent human clans. Days Gone’s release date is April 26 the world over and like most recent PS4 exclusives, there are limited edition variants of the game, though Playfront’s download size details emerged from a press kit it obtained from Sony.

The Days Gone Collector’s Edition India price is Rs. 9,499 and the price for the Special Edition is Rs. 4,999. Retailers have said that the quantities for these versions of Sony’s post-apocalyptic open-world PS4 exclusive are limited. No surprise when you consider the situation with Spider-Man PS4 and God of War — while standard editions of those games were available aplenty, the more expensive editions were not.

According to Days Gone Creative Director John Garvin, Days Gone will take 30 hours to complete. That’s just as much as God of War and Final Fantasy XV. In fact he claimed it could even take longer than that depending on your choices which could lead to different outcomes and experiences.

“The golden path is going to take you about 30 hours, but it’s going to take you a lot longer than that because things are going to happen to you along the way depending on how careful you are and how much you pay attention,” Garvin said in an interview with Game Informer.

Furthermore, Days Gone lets you build encampments and improve your bike as you progress through the game. Plus, there are dynamic weather changes unlike games such as The Last of Us that shift through predetermined seasons.