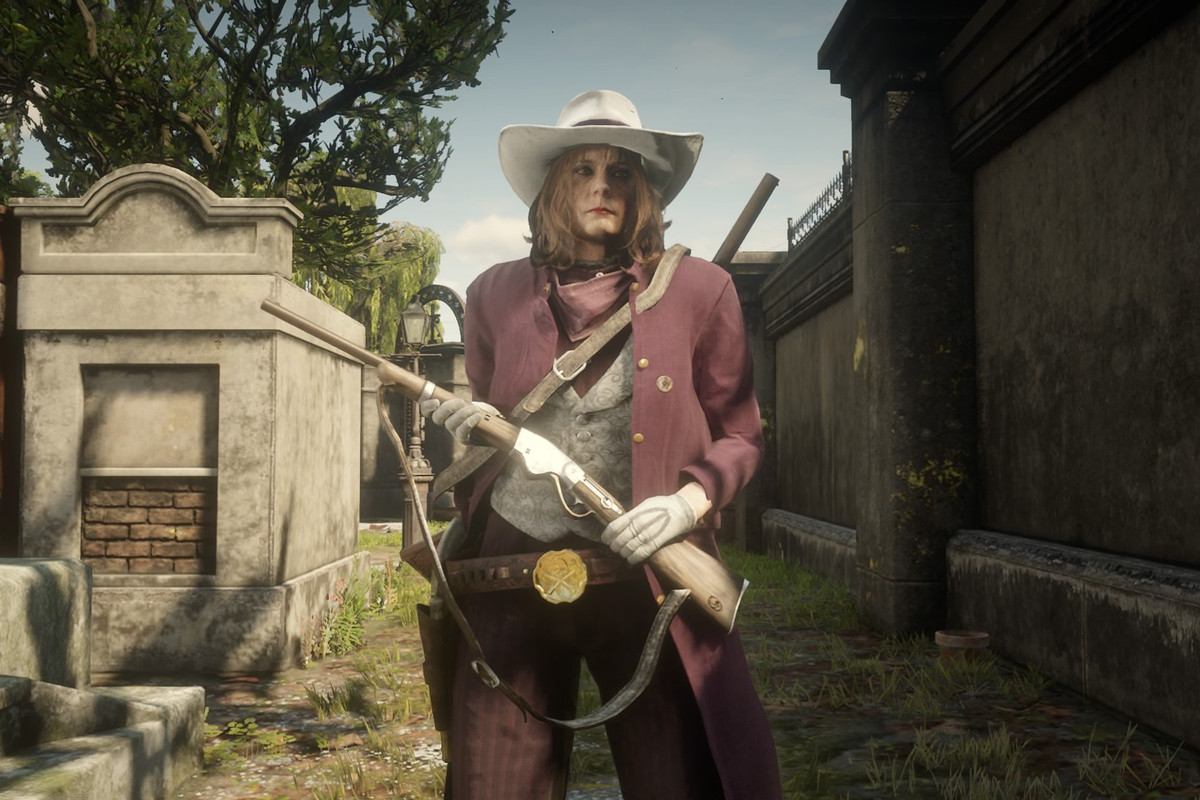 Red Dead Online is an interesting game, due to the fact that it stands alongside the chaotic and wild Grand Theft Auto Online, but is forced to deal with considerably lower-tech tools and implements. In Grand Theft Auto Online, I can pick up a rocket launcher or hop into my flying, missile-launching car with a custom horn that plays “Flight of the Bumblebee.” In Red Dead Online, I have my big stupid horse and a shotgun.

Last Stand, a new showdown mode that is currently exclusive to PlayStation 4, proves that Red Dead Online’s gameplay can sing under the right conditions. Last Stand is similar to Gun Rush, the mini-battle royale that was added earlier this year, but there are a few key differences that really make the game mode great.

First of all, this is a game mode where you have to win two bouts to take the entire match. In Gun Rush, if I get sniped from afar, I’m out for the rest of the round. In Last Stand, I have the ability to rally and come back for revenge. Gun Rush requires you to find weapons on the field, and work with what you can find. Last Stand allows me to bring my own weapons, which means I am always rocking my trusty double barreled shotgun.

Much like Gun Rush, there’s a shrinking map zone, and a timer. As the timer ticks down, sudden death is put into effect, and everyone outside of the zone is eliminated. Therefore, all players are constantly moving toward a hot zone. There are only eight players, which means that I get to know everyone in the match pretty well. When a guy guns me down, I remember him, and it feels amazing to take the next bout by dodging around cover to shotgun him.

Most importantly, Last Stand takes place in small maps, with lots of chokepoints, corridors, and opportunities for ambush. Most of the showdown matches in Red Dead Online take place in wide-open maps, with opportunity for long range sniping with bows and rifles. Many of these matches are about bunkering down in a good spot or claiming the high ground and taking advantage of that location to down foes as they advance into the zone.

In Last Stand, matches take places in mines or cemeteries. There are times I just sprint down narrow corridors, one-shotting a succession of enemies. The cadence of matches changes pretty radically. Sometimes, I turn a corner to find an unprepared opponent, and we’re forced to resort to our fists. Other times, I find myself wading through knee-deep snow and checking every abandoned building with my weapon raised.

Because Last Stand takes place on such compressed maps with so much cover, it lends itself well to games of cat and mouse, where I’m sneaking around a tombstone to line up the perfect shot, or chasing a low-health enemy down a long lane as he leaps over barrels and ducks around fences.

Red Dead Online is a game that succeeds thanks to the wealth of content that exists in the single-player campaign that can be repurposed and refitted to serve a new cause. Shooting my way out of Valentine as Arthur Morgan was fun; Red Dead Online uses that same environment and offers different angles of approach and escape, or a way to position helpful NPCs. The Last Stand maps are teeny tiny parts of Red Dead Redemption 2’s world, but using them for this mini-battle royale breathes new life into them, adding depth and variety.

In Red Dead Online, variety is the spice of life. I’m not meant to sink all of my time into any one activity. Instead, the online mode is more of a buffet, from which I can sample anything from hunting to dolly dress-up to horse racing. Despite that, I find myself queueing up for Last Stand again and again. It’s like a game mode that serves up the last, final moments of a longer battle royale like PlayerUnknown’s Battlegrounds or Apex Legends, and cuts out the lengthy build-up, acquisition of gear, and early eliminations.

Last Stand comes to the game as part of a content update including new open-world missions, random stranger encounters, and other showdown modes. This summer, Rockstar will add a role-playing system to Red Dead Online, which will allow players to specialize in a profession.