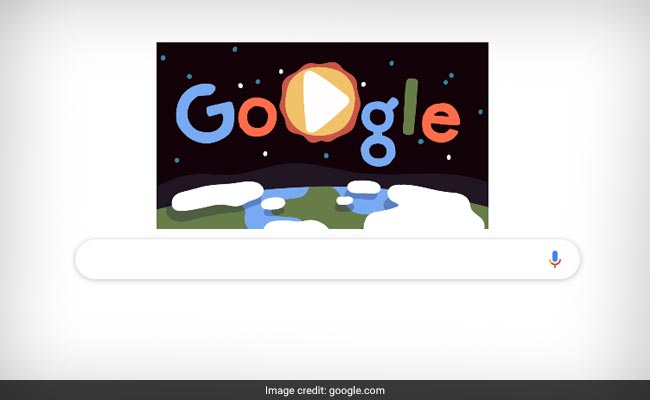 As the world celebrates Earth Day 2019 today, Google marked the day with an interactive doodle that explores six organisms and their earthly superlative. The Google Doodle dedicated to Earth Day, celebrated each year on April 22, aims to represent the diversity and uniqueness of the earth. The doodle features six organisms which have unique qualities or earthly superlatives, such as being the tallest, smallest, oldest, and so on.

“The last thing I wanted to do was feature animals based on their cuteness or how they might appeal in some way to my mammalian sensibilities. We tried to focus on having a good range of organisms from around the globe,” says Google’s Earth Day 2019 doodle creator Kevin Laughlin.

Did you know that Earth has an official ‘twilight zone’? It’s a strange and mostly uncharted, ghostly environment, full of mysterious glowing animals so unique that they might as well be alien… And, it hosts some of nature’s greatest ever myster…

The wandering albatross has the world’s widest wingspan that helps the bird soar hundreds of miles without a flap. Coastal redwood, or Sequoia sempervirens, are the tallest trees in the world. At 377 feet, the tree is equivalent to the height of 75 humans. Paedophryne amauensis is the smallest frog and the smallest-known vertebrate in the world at 7.7 mm in length only. The Amazon water lily is one of the world’s biggest aquatic plants, capable of bearing the weight of a small person. Coelacanths, at 407 million years old, are now a rare order of fish which have been around on earth since the days of dinosaurs. Deep-cave springtails are primitive eyeless insects that scientists have called the deepest land animal ever found.